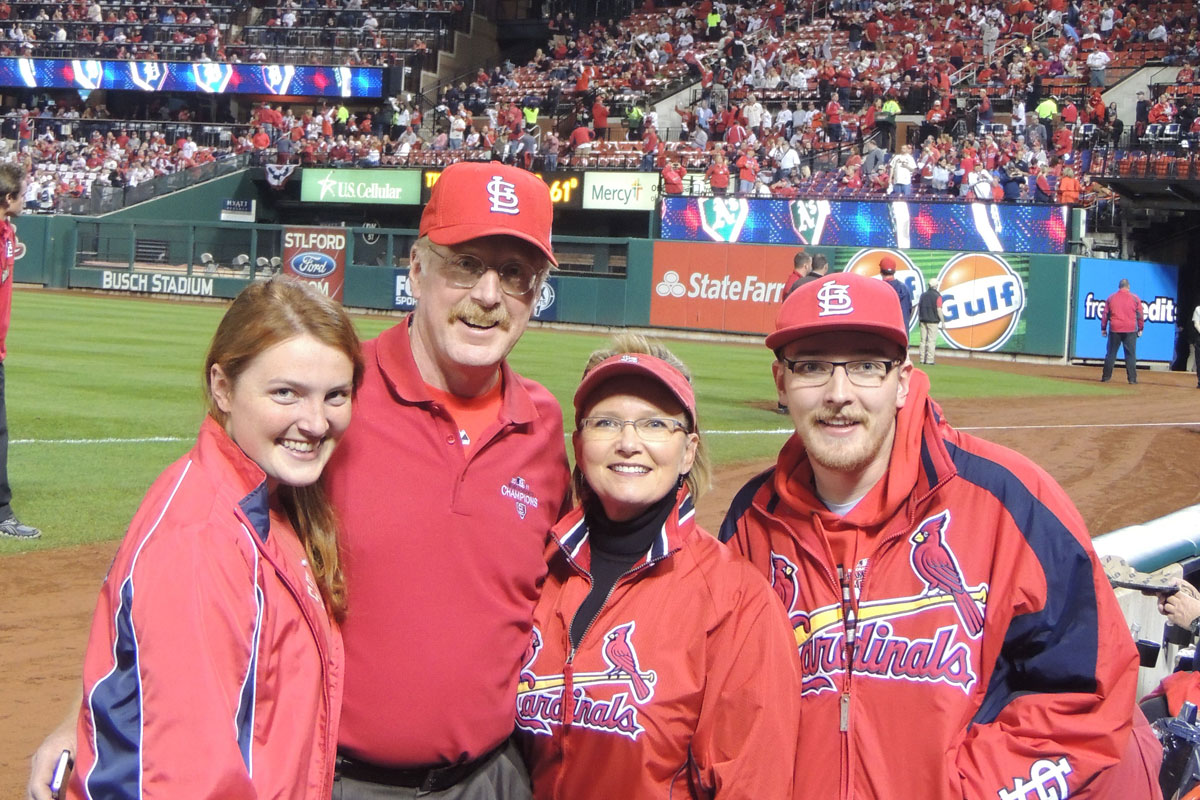 As Cardinal approaches its 20 year anniversary we celebrate the firm’s founders and their vision for Cardinal. Please join us in remembering one of the firm’s founders, Rick Beard, who is being recognized this month by the West Point Association of Graduates.  His leadership and dedication to family, friends, employees, and clients shaped much of Cardinal’s brand then and now. Rick Beard will be honored at the 2021 West Point Class Ring Memorial Program. The ceremony will happen on the West Point Association of Graduates’ YouTube channel on February 12, 2021.

Rick’s classmate at West Point shared the following about Rick –

A proud husband and father, West Pointer and Army officer, adept businessman and loyal friend, Charles Richard “Rick” Beard was always a stalwart son of Saint Louis, MO. Born there in 1960 to parents Colonel Dick Beard (USAR, Retired) and Phyllis, Rick was raised in Clayton, MO until matriculating to West Point in July 1978. After a decade spent at USMA, on the Cold War German border, and at Harvard Business School, Rick returned to his spiritual home of Saint Louis in 1989 until his untimely death in June 2014.

The son of a Korean War veteran who retired as a judge advocate colonel from a 30-year Army Reserve career, Rick knew of West Point’s aura and import. He made the Academy his quest and a stint as an Army officer his mission. His parents and two sisters, Lynly and Elizabeth, were proud. Cadet Beard was stellar while mischievously un-STRAC. He was a four-year Star Man, a selfless tutor for the academically less gifted, and the steady-hand firstie of Company E-1 as its two-semester executive officer. Rick also managed to keep his cow-year BMW discretely lodged off-base and ready for non-regulation activity. Somewhat miraculously, discovery never occurred and hours on the area were avoided. “At” West Point but never “of” West Point, Lieutenant Beard left the Academy in May 1982 ranked 29th in his class and armed with deep friendships that he resolved to hold dear. At the same time, he left with no desire ever to return; he never did.

Rick yearned to be an Armored Cavalry officer. He transited Fort Knox, KY for Cavalry officer basic and Fort Benning, GA for Ranger School and the coveted Ranger Tab. Lieutenant Beard then took his dream posting in the 11th Armored Cavalry Regiment (11th ACR) along the Fulda Gap. Excelling as a Cavalry troop platoon leader and executive officer, Rick was selected by Regimental Commander Colonel Joe Driskill for the extremely rare honor of border Cavalry troop command as a first lieutenant. Lieutenant, later captain, Beard led G Troop, 2-11 ACR with quality, compassion and distinction, culminating his service in the summer of 1987. At a rare summit in a junior Army officer’s career as a departing leader of the famed “Blackhorse Regiment” in Cold War West Germany, Rick looked around and saw intriguing opportunities beyond the Army. He resigned his commission and headed to Harvard Business School.

A Harvard MBA in hand, Rick returned “home” in 1989; first as a Price-Waterhouse consultant in Saint Louis, later as a managing director at Summit Strategies there, and finally as cofounder and managing director of Cardinal Investment Advisors in 2001. Displaying the same drive and zest for people he had as a cadet and Army officer, Rick grew Cardinal by 2014 to 31 employees and $85 billion in assets while managing pension funds, endowment funds, and foundation holdings. Soon after his 1989 homecoming, Rick met the love of his life, Sonia, and in December 1990 they married in Saint Louis, and Sonia joined Rick there. In January 1991, less than a month after marriage, Rick was summoned back by the Army. With Operation Desert Storm looming, the Army recalled Rick to Fort Knox for refresher training as a tank commander and Cavalry officer, presumably to serve as a replacement commander in the event of high casualties. Thankfully, Desert Storm went well, and Rick returned to Sonia from Fort Knox early that spring without any Gulf deployment.

Settling in Clayton, Rick and Sonia raised their own Beard family blocks from where Rick had grown up. Charlie was born, then Carly, and finally Jamie. Sadly, Jamie’s heart was not strong, and series of surgeries could not save him. With Sonia, Rick threw himself into life as a passionate parent, business leader, and civic ambassador. He was active in his church, Central Presbyterian, and dedicated member of the Order of Masons. His beloved baseball Cardinals were always front and center. So too, his enthusiasm for Morton’s Steak House and passions for golf and biking throughout the Saint Louis area. His family was Rick’s foremost devotion. He inspired his children in pursuit of their gifts and to live life to the fullest: seeing Charlie off to Washington University in Saint Louis and learning of Carly’s acceptance to Princeton University in the spring of 2014.

At his core, Rick Beard was a people person. His infectious energy swept up all those around him, and he was unfailingly generous with emotional and material support. Despite an intense family and business life, Rick made quality time for his Saint Louis friends, for visits to the German family he’d “adopted” while stationed in West Germany, and always for his West Point E-1 1982 classmates. Somehow, he found a way to attend a dizzying array of weddings, promotions and retirements for his E-1 classmates as they continued active Army and Reserve careers. He was an extraordinarily generous contributor to classmate charity events and fund drives. Rick also traveled far and wide to comfort classmates in moments of personal and family loss, routinely surprising and consoling his West Point friends in times of their greatest emotional need.

Rick Beard’s was a life cut short by a senseless hit-and-run accident while riding his bicycle in June 2014. Yet, his was a life lived full. Twelve of his surviving 24 E-1 1982 classmates came to his June 30, 2014 memorial service in Clayton (three more would have attended if not then deployed to either Iraq or Afghanistan). There, they honored a life of duty, of honor, of service, and, most of all, of friendship. Let it be said, “Well Done, Rick; Be Thou at Peace.”

Cardinal Investment Advisors is proud to welcome a new Analyst, Harsh Jhaveri, to the team.…

Cardinal Investment Advisors is proud to announce the promotions of Keylon Coderre, Matt Hollingsworth, and…

Recent Posts
Back To Top